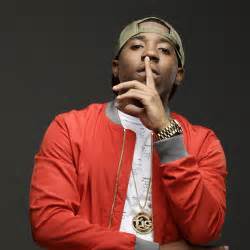 His signature move might be a simple, whiny “Yeahhhh Yeahhhhh Yeahhhh” at the end of his lines, but YFN Lucci is a strong, versatile lyricist, one who made his official debut at the age of 17. The Atlanta MC was born Rayshawn Bennett and began rapping when he was 16. A year later, he was recruited by Johnny Cinco for two appearances on 2014’s John Popi mixtape. He joined TIG that same year, and by the end of 2014 the label had released his debut mixtape, Wish Me Well. Wish Me Well, Vol. 2 followed in 2016 and featured guest appearances from Migos, Plies, and Johnny Cinco. ~ David Jeffries

Whats Going On At Worldstar